Psylotech’s xTS is mechanical testing system designed for use with x-ray tomography imaging systems. The xTS rotates the load train in the CT scanning process, thereby solving the problem of support columns interfering with x-rays. The rotating load train also allows the detector to be placed as close as possible to the specimen.

Built on Psylotech’s motion control platform, it is part of a line of instruments specifically designed to limit out of plane motion, thereby improving image capture. For example, under optical microscopes, standard deviation of out of plane motion has been shown to be less than one micron. Controlling  out of plane motion is important for x-ray tomography, when resolution can be as fine as 2 microns. 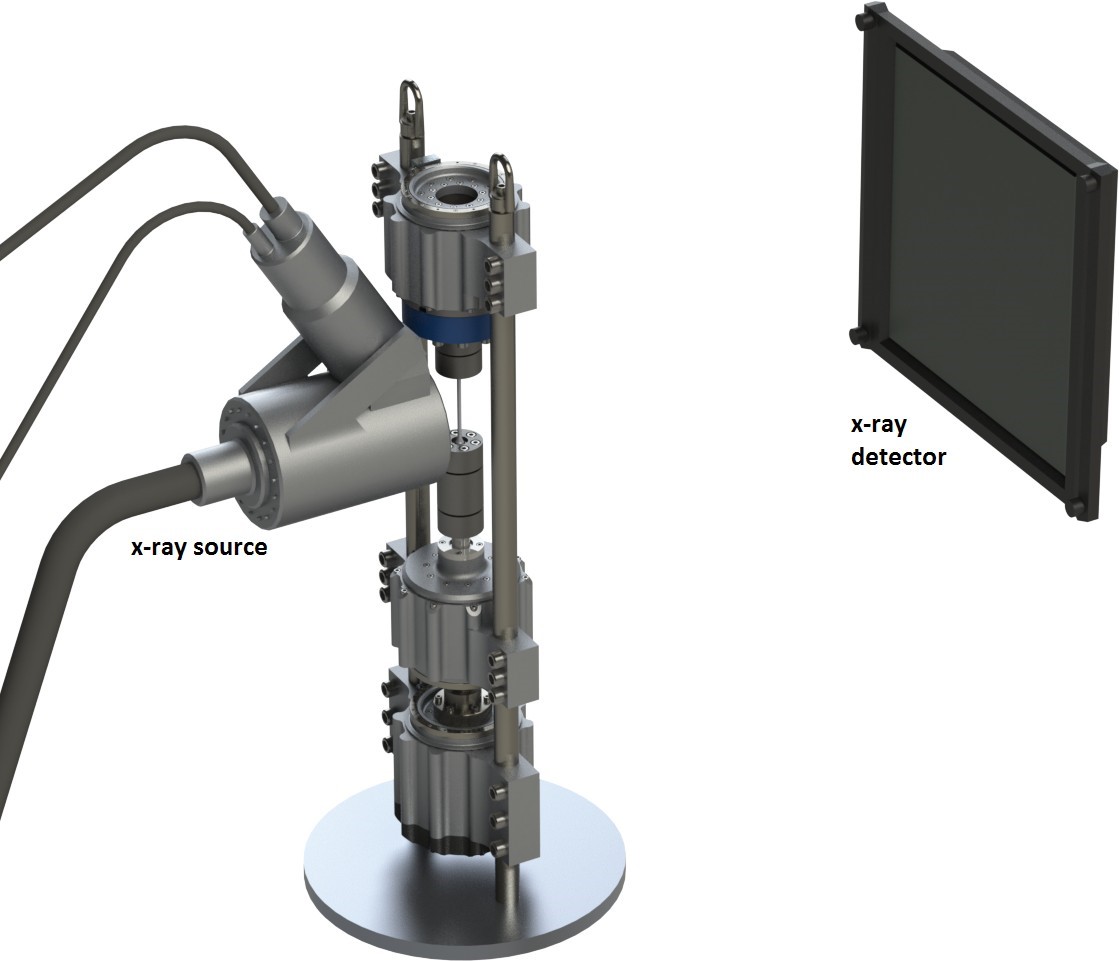 The direct drive roller screw has another substantial advantage. Alternative frames implement gear boxes or belt drive transmissions, introducing extraneous out of plane forces. These forces twist and contort the frame, moving samples away from the initial loading plane. Psylotech’s xTS has no gearbox. Its direct drive eliminates such twisting forces.

The direct drive servo also enables substantial speed compared to other systems, so each tomography scan can be completed in less time. Moreover, specimen rotation is measured directly with the same 22-bit encoder used for servo feedback. The 26-bit resolution means the xTS can resolve 0.0000054 degrees in rotation.

In addition to axial loading, the xTS implements torsion capabilities. Again, the torsion servo actuator implements a zero backlash harmonic drive that does not cause extraneous twisting forces. These servos control the rotation of the screw, which is ratiometrically slaved to the nut to control displacement and angular position. The rigid, direct drive load train reduces error between measurement and angle at the grip.

Finally, the xTS can be configured with a temperature chamber. The chamber would have a window  in front and back to allow x-ray pass through. To minimize internal volume, this chamber can be rotated 90 degrees in order to accommodate axial or beam bending samples. Minimizing volume improves efficiency, simplifies control and improves temperature uniformity.

In summary, Psylotech’s xTS uniquely controls out-of-plane motion though a combination of symmetry, precision machining and a direct drive actuator. Controlling out-of-plane motion is important for x-ray tomography, because digital volume correlation resolution can be as small as 2 microns. The xTS also offers 26-bit angular position resolution and future expansion potential with an environmental chamber.