The Visca™ solution enables realistic polymer simulation.  Now plastic and rubber can fully benefit from the design process revolution simulation has brought to metal product design.  Moreover, Visca™ is usable within familiar commercial FEA software, such as Abaqus.  The material definition software add-on can be quickly and cost-effectively integrated into your existing product development process 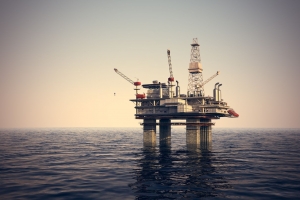 Rubber is arguably the biggest materials science problem in the oil patch. Consider the “Rule of Ten” presented by a VP of Technology of a major oilfield services company:

Realistic rubber simulation would impact some of the most failure-prone components, like packers, O-ring seals, mud-motors and BoP’s. Visca™ is uniquely positioned to realistically simulate rubber components in extreme HPHT oilfield environments. The result is 1/improved quality and 2/faster time to market with 3/fewer resources. Fewer resources translates to an important competitive edge given the current business climate. 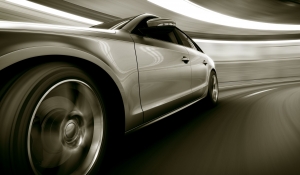 Lightweighting is critical for manufacturers to achieve the 54.5 MPG CAFE standards by 2025. Polymer adhesives and composite materials are a key part of reaching that target. Visca™ can answer questions like,

• How will under-hood plastic parts behave after 10 years, including long term mechanical loading and thermal cycling.
• Low temperature embrittles plastic. How will a structural part or an adhesive bond respond in a crash on a cold winter’s day?
• What is the optimal layup for a carbon fiber composite? Realistic polymer simulation can help avoid expensive testing and accelerate project timelines.
Visca™ polymer simulation gives a streamlined path for 1/faster time to market and 2/improved quality with 3/fewer resources.
Tires

Cyclic loading in tires causes hysteresis, affecting performance and impacting vehicle fuel economy. Visca™ inherently couples thermodynamics and heat transfer with mechanical loading, making it simple to quantify local heating effects. Simulated loss tangent can also be used to predict traction under hot, cold and wet conditions.
Tire rubber is a composite on many levels. Visca™ accommodates small scale internal friction sources, accounting for filler effect within the polymer matrix. It can simulate interaction between rigid steel belting, as well as the interface between the different rubbers within the tire.
Military 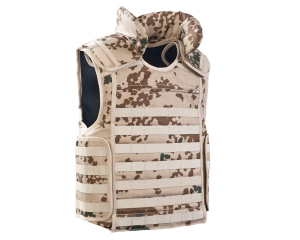 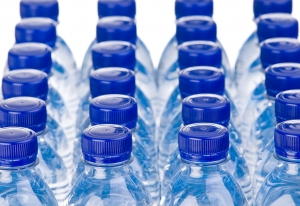 Visca™ can provide substantial ROI for consumer products, definitively answering the following questions through realistic simulation:
• How little plastic can be used in a bottle, such that it will not fail during transit or under load in a pallet? This question has cost and environmental implications.
• What is the lowest possible torque and how much impact is acceptable in a bottle? The bottle must survive transport and withstand stress relaxation during shelf life before it is opened by the consumer. This question is important for customer perception and also wear-and-tear on bottling equipment.
• Will polymer film packaging survive its anticipated loading and temperature history? This question is also important for the environment and the bottom line.
Implementing the Visca™ nonlinear viscoelastic material definition into finite element simulation can 1/accelerate time to market and 2/improve quality with 3/fewer resources.
Raw Polymer Producer 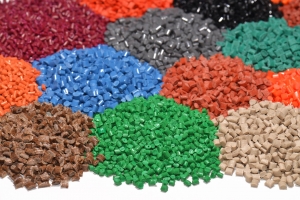 Engineering polymer producers now have internal simulation groups to support their customers. Visca™ can help companies convince their clients to spec their materials into new design. Visca™ can also help convince clients to change suppliers on existing designs, proving improved performance without mechanical design change.
Visca™ could also be used for virtual design of experiments on new polymer formulation. It is built on the viscoelastic response from multiple individual length scales. Fillers and plasticizers impact these length scales in specific ways. Visca™ can therefore enrich understanding of a filler’s impact on material response.
Commonly, fillers are added to a polymer recipe, then the mechanical “improvement” is validated from a single loading/temperature condition. But changing conditions can completely negate the perceived benefit. Visca™ targets exactly which strain rate and temperature conditions benefit from that filler.
Medical Devices 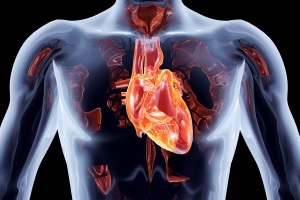 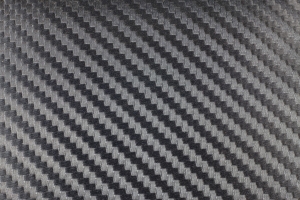 recent years, there has been a movement to build macroscopic composite mechanical properties from matrix and
reinforcement micromechanics models. Visca™ enables realistic rate, temperature and large strain understanding of the polymer matrix, uniquely enabling this multi-scale simulation approach in all loading conditions. Visca™ is also useful for characterizing the inevitable adhesive joint used by composite parts.
Model parameters for dynamic simulation. Rather than running multiple strain rates in multiple directions to define a material, multiple rates, directions and temperatures can be simulated through an experimentally validated micromechanics model. 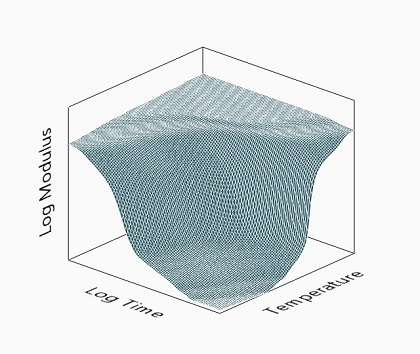 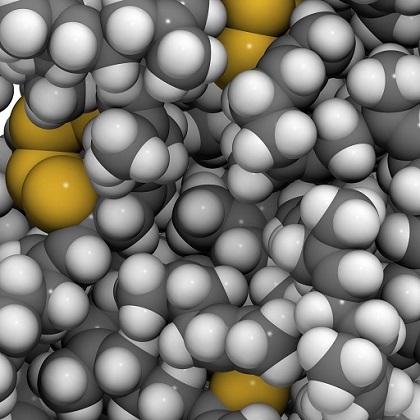 Psylotech’s Visca™ material definition software is an add-on module for mainstream finite element codes. Familiarity with those codes makes implementation easy. Visca™ is an entropy based reduced time model, with deep roots in the technical literature. One could consider it an evolution of the Free Volume model proposed by Knauss & Emri (1981) and modified for shear by Popelar & Liechti (1997). It is a large deformation, nonlinear viscoelastic model, which considers multiple length scales and how those length scales affect the time dependent behavior. It effectively addresses:

• All temperatures
• Any strain rate
• Large strains up to 1000%
• Any loading history
• Heat build up from internal friction
• Rubber heating in loading and cooling during unloading
• The Gough-Joule effect, where rubber stiffens with increasing temperature

Psylotech is currently a Simulia partner. Versions for Ansys, Nastran and COMSOL are coming soon.

Nonlinear viscoelasticity is a coupled mechanics + thermodynamics + heat transfer + materials science problem. Firmly grounded in first principles, Visca™ seamlessly integrates these disciplines. Alternative theoretical models are valid in only a narrow range of loading.  A brief background on alternative models follows. These matters can be contentions and we welcome your feedback to improve the description.

Examples: Marlow; Mooney-Rivlin; Ogden; Arruda-Boyce; Neo-Hookean; Gent
These models benefit from a small number of parameters, which result in fast computation time. However, they suffer from:

With Release 6.14, Abaqus introduced the PRF, or Parallel Rheological Framework. This approach is an admonition that existing constitutive models only cover a narrow range of loading. The PRF enables a user to setup multiple models in parallel to cover different conditions.
The PRF requires substantial user expertise to decide which models to include. Also, one must be careful to ensure models do not overlap, unintentionally reinforcing each other in their narrow range. Moreover, users must sort out appropriate experimental data for their chosen collection of models.
Psylotech’s Visca™ simulation solution quickly and simply integrates experimental data with a complete software model. Moreover, Visca™ includes heat generation from internal friction and entropic elasticty.

The BB model also benefits from a modest number of parameters, speeding computation time. It was built to simulate large deformation in rubber, and has limited effect at or below Tg. It also suffers from:

In reduced time, viscoelastic properties are a function of time and time is a function of some state variable. The time dependent stiffness tensor can be considered a material’s internal clock. The basic mathematical framework for this has been well described by Schapery (1997). Caruthers used entropy. Caruthers, Adolph and Chambers then applied the potential energy to drive the material’s clock (2006?). Visca™ is a reduced time model based on multi-scale entropy states to drive the viscoelastic response. Free Volume and the WLF equation are other examples of reduced time.

More information can be found in the Psylotech blog, “A Brief History of Reduced Time.”

WLF, Knauss, List all contributors.
Powerful approach for all these environmental conditions.
Problems with unloading, thermorheologic simplicity and large strain elastomer stiffening.
Predecessor of Visca™, where we replaced FV with scale-based entropy states.

Simulating Rubber in the Oil Patch

A cost-effective path to innovation for 2015   Falling oil prices are forcing companies to make difficult decisions. Even so, innovation is critical to modern business. Psylotech's advanced rubber simulation can drive new innovation, even [...]
Read More >

Important Subtleties & FEA Inconsistencies Phase change for plastics is not as straightforward as other materials. As temperature increases, there is no abrupt transition temperature, like ice melting into water. Rather, the glassy to rubbery [...]
Read More >

What is Reduced Time?

A Brief History of Reduced Time 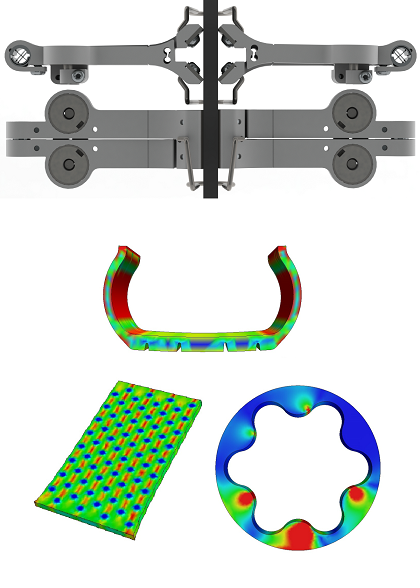 Psylotech was founded by Dr. Alex Arzoumanidis in 2006.  Alex started his career in the oilfield services industry, in Schlumberger R&D. In that corporate life, Alex became aware of industry need for realistic plastic & rubber simulation. Specific to the oil patch, environmental conditions like high temperature, high pressure and solvent absorption complicate viscoelasticty and make accurate simulation nearly impossible. Yet reduced time models based on Free Volume existed in the technical literature to address every single extreme environment challenge.
Why weren’t these models available in commercial finite element codes? One possible reason was the groups who published based on reduced time theories also generated their own data often times on their own equipment. Psylotech, therefore, developed a test to quickly and cost effectively produce the core data for reduced time. Standing on the shoulders of giants, we also fixed the shortcomings of the Free Volume model, shifting to an Entropy driven version of the theory.
Alex is currently the vice chair of the Society of Experimental Mechanics time dependent materials technical division and chair of their 2015 SEM annual conference track. He is an affiliate of Northwestern’s Segal Design Center. Alex was a student of Ken Liechti at the University of Texas, Austin. Ken is now the editor-in-chief of the Mechanics of Time Dependent Materials. While at UT, Prof. Richard Schapery taught Alex’s course in viscoelasticity, where he was first exposed to combining thermodynamics with nonlinear viscoelastic mechanics. Dr. Schapery was also on Alex’s doctoral committee.